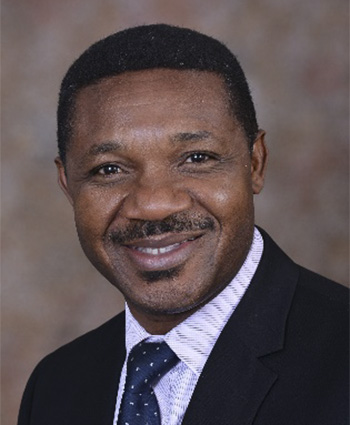 Agriculture is arguably the oldest human profession. Technological advancements in early stages of agriculture have been credited for laying the foundation for modern industrialisation that has permeated all aspects of our lives, from clothing to the type and quality of food we eat. When early humans settled to practice agriculture to meet the food security needs of an increasing population, this heralded the onset of human settlement, emergence of cities, specialisation in various aspects of agriculture and also the inception of other industries to meet the needs of farmers and their families. It is therefore not surprising that the development of agricultural mechanisation (by agricultural engineers) has been acknowledged as one of the Top Five technological innovations of the last century.

Riding on the back of these technological innovations in agriculture, the world was able to avert the Malthusian apocalypse of the last century, which predicted massive catastrophe and death due to human population growth exceeding food production. More recently in Asia and Latin America, the much acclaimed success of the Green Revolution, which combined improvements in high-yielding cereal crops with technological advances in irrigation technology, mechanisation and processing, has helped many people in those regions to move away from poverty and assure food security.


Despite these major breakthroughs and overall increase in global food production, the African continent continues to be most affected by high incidence of food insecurity and limited agricultural industrialisation. Due to low levels applications of productivity enhancing measures such as irrigation and mechanisation, and value-added activities such as quality control and manufacturing, food production in Africa remains among the lowest per capita. Combined with the problems of declining soil fertility and highest incidence of postharvest food losses, Africa spends over USD 80 billion per annum importing food to meet the needs of a largely rural and poor population.

Recent continental and national policy frameworks recognise the importance of transforming African agriculture as a condition for tackling the problems of poverty and inclusive growth. The Comprehensive Africa Agriculture Development Programme (CAADP) of the New Partnership for Africa’s Development (NEPAD), and the Malabo Declaration of the African Union Heads of Government, emphasise the role of technological innovations on accelerated agricultural growth and transformation for shared prosperity and improved livelihood. In particular, the Malabo Summit reconfirmed that agriculture should remain high on the development agenda of the continent, and is a critical policy initiative for African economic growth and poverty reduction.

The poor state of agriculture in Africa and the opportunities to enhance productivity at all stages in the value chain, presents a unique opportunity for agricultural engineers and practitioners involved in the sector. This is a clarion call to serve our people and the world at large, through the application of our skills and expertise to ensure quality and relevant education, training, and research to assure the human capacity and technological needs of an industrial agriculture in Africa. The International Commission of Agricultural and Biosystems Engineering (CIGR) was formed more than 80 years ago as the global umbrella of the profession. Prior to and after the formation of the CIGR, many continental and regional associations have been established to advance and promote the discipline and profession in response to local challenges and opportunities. These include the European Society of Agricultural Engineers, American Society of Agricultural and Biological Engineers, Asian Association for Agricultural Engineering, Euro Asian Association of Agricultural Engineers, and Latin American and Caribbean Association of Agricultural Engineering. The important roles played by these continental organisations in concert with their national counterparts and academic institutions in promoting the development of the discipline and advancement of the profession are well recognised, through engagement with both practitioners and policy.


The need for a Pan African network of agricultural engineers and other professionals to promote and advance the development and practice of engineering in agriculture and related industries in Africa is long overdue. AfroAgEng has been formed to fulfil this important role in pursuance of the ideals of Agenda 2063 – the Africa We Want.

I am delighted to invite you to join us by becoming a member of AfroAgEng and to spread the word about this noble cause.